A visit to the iconic Windmills of Amorgos

A group of windmills is holding its ground against the strong wind in an imposing location. And you must visit them!

The Windmills of Chora hide
1. What to expect
2. Quick Facts
3. How can you get to the windmills?
4. What’s the use of a windmill anyway?
5. Before visiting

The windmills can be seen on a ridge above Chora, just opposite the Castle. Some of them are easily accessible, others in ruins but all of them are equally beautiful.

It’s the ideal location to watch the sunset as the sun drops into the sea behind the castle and Chora.

Make sure to take extra care, since it gets really windy up there. Stay off the edges and don’t venture too far.

Fact: There is one windmill you can enter and even climb the stairs to the 2nd floor. Facing the Castle of Chora, it’s the second from the end on your right. The windmill has also no roof so it’s easily distinguishable.

I’ve never been inside a traditional windmill, so the trip up there was really worth it.

It is said that up to 18 windmills were here in the 19th century!

How can you get to the windmills?

There are two ways. For the 1st one, you need to have your own transport.

Take the road from Chora to Aigiali and make a right once you see the school of Chora (on the right). Keep going until the free public parking and park. There’s a short dirt path leading all the way up to the windmills. It won’t take more than 5 mins.

The second one is on foot through Chora. First, locate Arbaroriza (a restaurant). Having your back on the storefront move up the path. After 3-5 mins. you will notice the path taking you up the windmills.

What’s the use of a windmill anyway?

The windmills were used to crush grain into flour to make bread or other food. In Amorgos, each windmill covered for the needs of 99 people or around 19 families. Around 1900 there were 35 windmills and 1 watermill on the island.

One of the mills in the area belonged to Hozoviotissa Monastery, but as of today, it’s ruined. Another one dates back to 1837.

Building or fixing one was an extremely complicated task and few carpenters were specialized in that. A windmill consists of at least 600 wooden, stone or iron handmade parts.

What’s more, each island had its own windmill designs based on the landscape and weather conditions. Not only that but the location of a windmill was crucial. Placing one in the wrong location could expose it to the nasty Aegean winds and seriously damage it.

What’s the best time to visit?

Visiting the windmills in the morning is more peaceful. On the other hand, sunset views from this place are stunning! 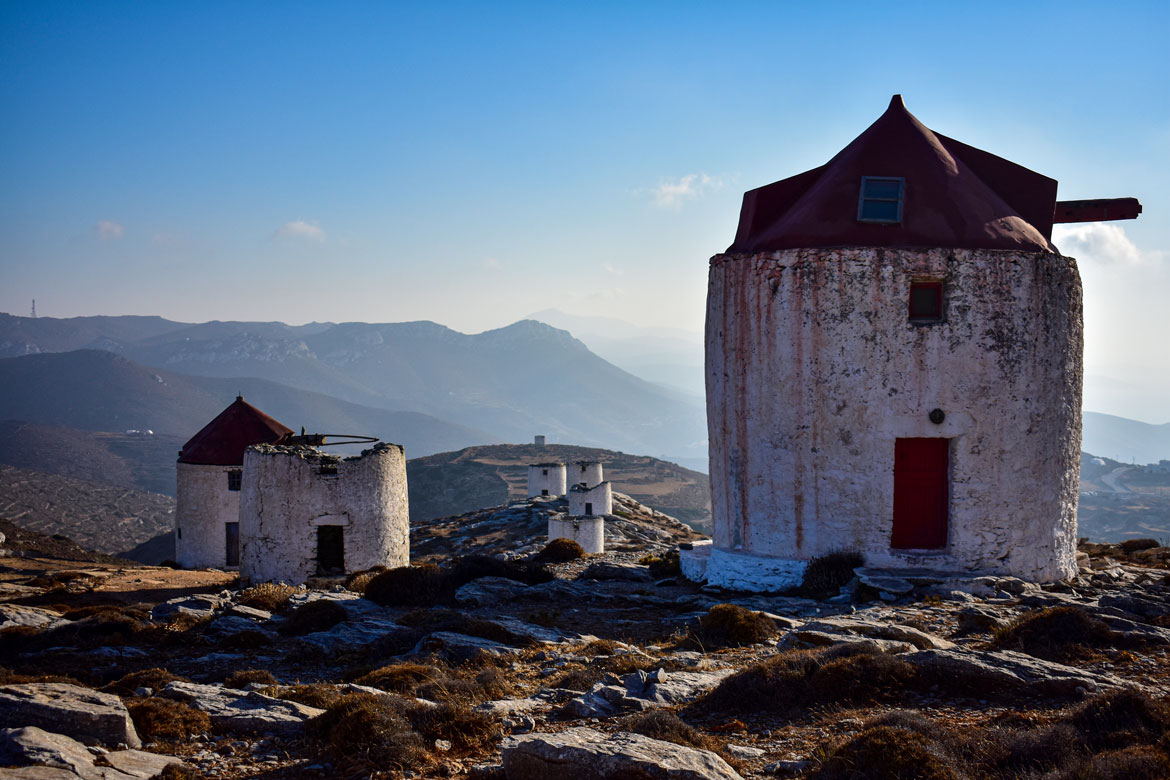 Can I enter the windmills?

Yes, there are some windmills you can visit while others are in ruins. Learn more here! 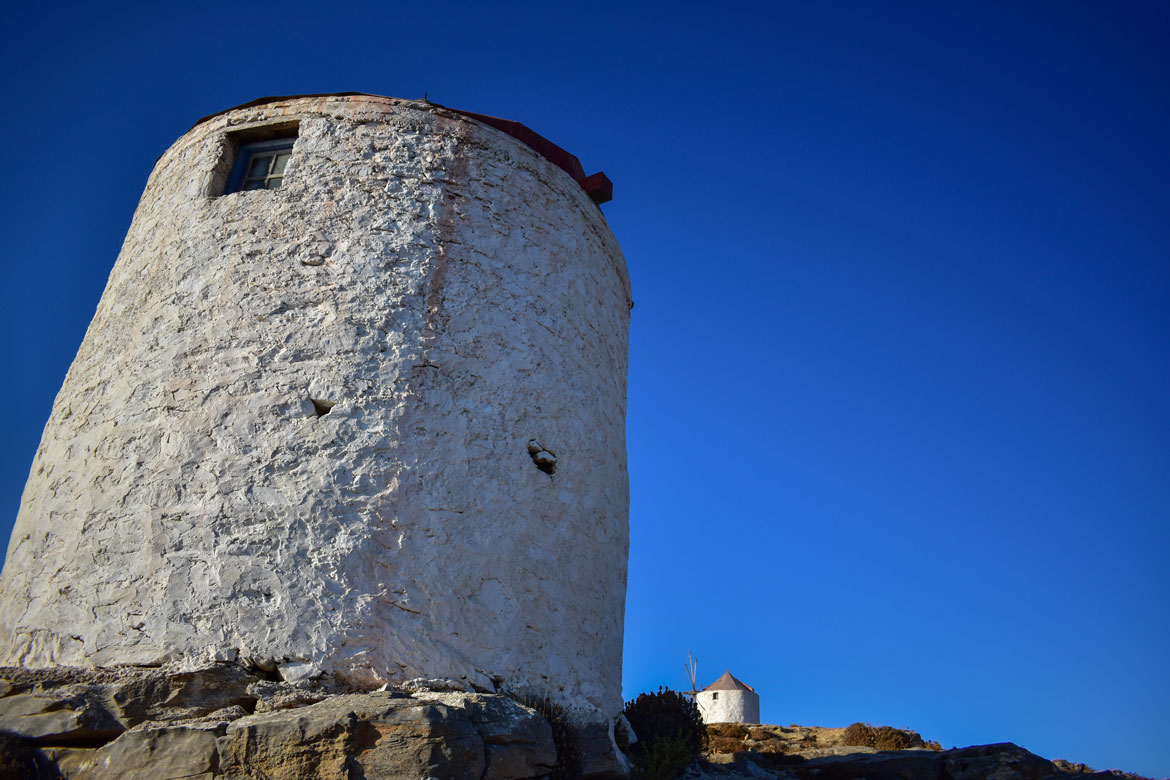 No, however, you need to take extra care of the strong winds. Don’t say I didn’t warn you! 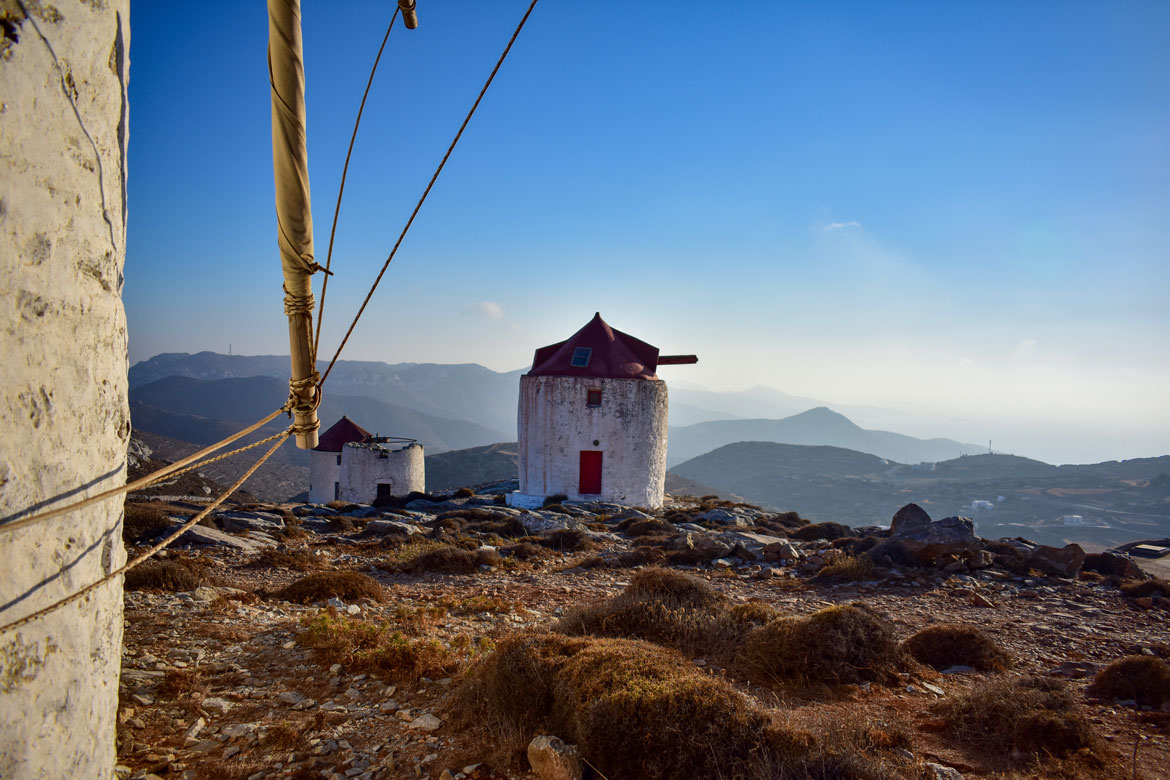 No, you can visit on foot, going through Chora. Learn more here! 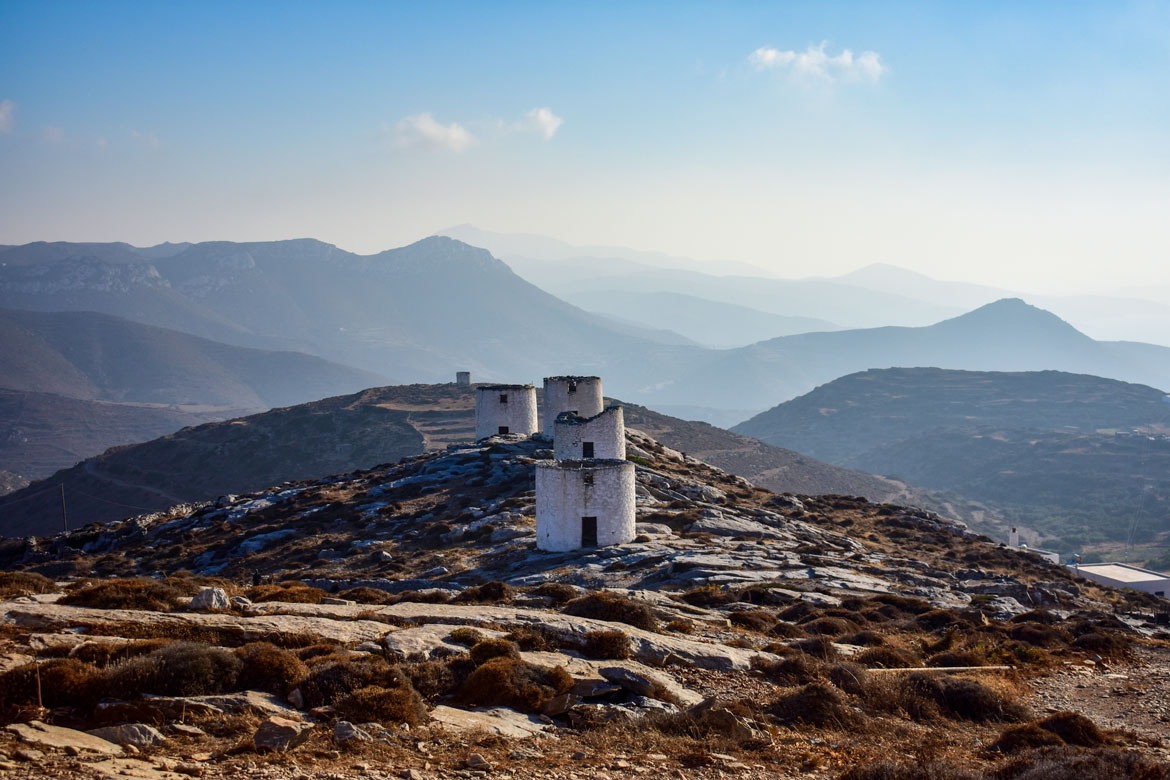 Have you ever visited a Greek windmill? Write your experience below!

Combine travelling, food and SEO and you'll have Nikos. With a passion for exploring, he is always game for a bit of adventure and will never pass on an opportunity to discover something new – local bites and weird drinks, unique experiences, a dark cave or that mysterious footpath down the corner.

What do you think? Cancel Reply

The cookies categorized as "Strictly Necessary Cookies" are stored automatically on your browser as they are essential for the working of basic functionalities of the website. Additionally, we use functional (not necessary) cookies that help us analyze and understand how this website is used. These cookies will be stored in your browser only if you consent below.

You can update your choices at any time by visiting the appropriate section of our Privacy Policy that can be found at the bottom of all our pages. Please mind that opting out of some of these cookies may affect your browsing experience.

Strictly Necessary Cookies Always Enabled
These cookies are necessary for the website to function and do not store personally identifiable information. They are usually set in response to user actions to enable key features like setting and maintaining logins or privacy preferences. These cookies typically can’t be switched off, however, certain browsers can block or alert you about these cookies. Be aware that blocking these cookies will affect site functionality.
Functional Cookies
These cookies enable a better user experience via enhanced features such as personalisation. If these cookies are disabled, some or all of these features may be adversely affected.
Functional
Functional cookies help to perform certain functionalities like sharing the content of the website on social media platforms, collect feedbacks, and other third-party features.
Performance
Performance cookies are used to understand and analyze the key performance indexes of the website which helps in delivering a better user experience for the visitors.
Analytics
Analytical cookies are used to understand how visitors interact with the website. These cookies help provide information on metrics the number of visitors, bounce rate, traffic source, etc.
Advertisement
Advertisement cookies are used to provide visitors with relevant ads and marketing campaigns. These cookies track visitors across websites and collect information to provide customized ads.
Others
Other uncategorized cookies are those that are being analyzed and have not been classified into a category as yet.
SAVE & ACCEPT
Powered by